How to Rebuild Your Brand After a PR Crisis

Not all publicity is good publicity.

Whether you’re a startup or a well established company, you may find yourself in a PR crisis that seems overwhelmingly difficult to get yourself out of. In these cases, the worst thing you can do is put up walls and hope it all blows over.

While technology has blurred the line between businesses and consumers, it has also meant that businesses who make mistakes on social media or through their marketing efforts are held accountable by the public.

It is hard to hide from a crisis in the media-saturated world we live in.

Just ask Kendall Jenner whose partnership with Pepsi resulted in a PR crisis that caused widespread backlash regarding the tone deaf and incentive approach taken.

While not all PR problems will occur on that magnitude, it still pays to know how to react when the reaction to your marketing efforts was less than expected. In the simplest terms, you need to take action.

The steps you choose to take following a PR crisis are just as important as the event itself. So, where do you start?

The following steps should help you to move forward from a PR crisis and gain the trust of your audience again.

While it is important to be cautious about the way you choose to handle communication with your customers, clients and the general public following a crisis — getting on top of the issue fast is vital.

Acknowledging what has happened should be the first thing that you do. Nothing looks worse than a prolonged period of silence following a scandal. Rightly or wrongly, the public can link this refusal to comment with a guilty conscience.

Remember, a gap left with no communication can be filled with misinterpretation, fear and dread.

Start off by getting an official statement together, and putting it out quick.

Addressing the crisis in a timely manner shows the outside world that you are taking the issue seriously and that your plan is to rectify the situation as soon as possible.

If you have a solid crisis management plan in place, then implementing it will speed up the process of getting that initial communication out. If you don’t, then there are a number of quick decisions that you need to make before proceeding.

Tackle the problem head on, rather than waiting for news of the crisis to come out elsewhere. Keeping quiet may do more harm than good, particularly if it comes out that your brand knew about the issue earlier and did not say anything. 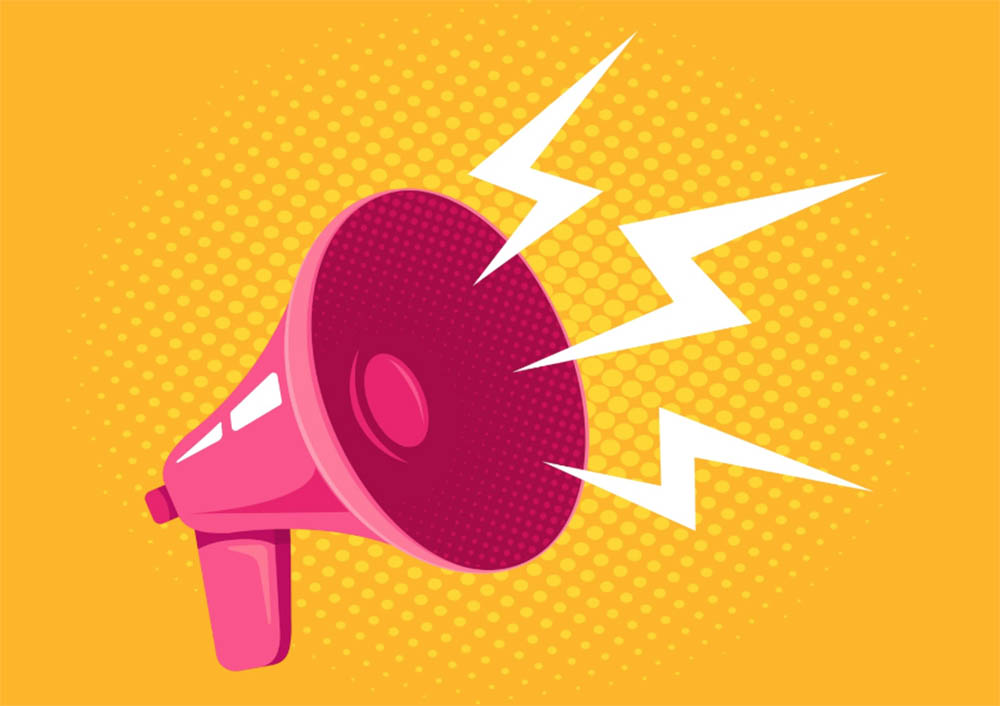 If the fault of the crisis lies with your brand, it is important to both accept responsibility and be completely honest with the aggrieved parties as to what exactly happened.

The information that is passed on to the outside world needs to be explained clearly, free of corporate jargon and with complete transparency. Lying or withholding details may hurt you in the long run, and make you brand look even worse. By stripping back the buzzwords and placing an authentic, empathetic, and human face to your brand you’ll work towards getting trust back.

While Facebook has been accused of failing to disclose problems in a timely manner, Mark Zuckerberg was widely praised for accepting responsibility and apologising following the Cambridge Analytica scandal that saw the data of millions of Facebook users harvested without consent.

Strong and honest communication is vital to help people make sense of the crisis and to be made aware of the steps that you plan to take to rectify the situation. Sony made the mistake of staying silent when, in 2011, they were the victim of one of the largest database breaches in history. With the personal information of roughly 77 million users leaked, Sony remained quiet for an entire week, leaving Sony users speculating and wondering if their personal information was secure or not.

Ensure that people have the ability to ask questions about the crisis that affects them, and that their attempts to contact you about the situation are not ignored or downplayed. Remember that those affected are people too, and having a genuine and honest conversation explaining what has occurred is important.

Sony though also provides the perfect example of being honest following a PR disaster. Following their week of silence, Sony’s CEO personally apologised and acknowledged the frustration the breach had caused.

Even better, Sony customers were gifted a free month of Playstation Plus and identity theft insurance to rectify the situation. Which leads to the next point…

Have you ever received an apology, but still been angry because nothing was done to fix the situation?

While an apology may be a necessary start, this may not be enough to satisfy the aggrieved parties. Offering some form of a gesture may be necessary.

Is there something that could be given that could help rectify the situation? Depending on what the crisis is, this may involve replacing a faulty product or offering some form of compensation to the customer or client. If the crisis relates to your business processes, you should consider alternative ways of doing things going forward.

Soft drink giants, Coca Cola, offer an intriguing insight into the sheer scale of negative feedback that can follow a major business decision, and the power of PR to rectify the situation.

In 1985 Coke decided to rebrand their popular soft drink, creating a sweetened version known as ‘New Coke’. Following 3 months of backlash, an estimated 40,000 letters of complaint and an avalanche of bad press, Coke rectified the situation.

By reverting back to their original recipe and rebranding it as Coca-Cola Classic, they were able to rebuild their brand by switching back and rectifying the problem.

Identify your objectives in order to make amends. This should involve putting together a plan which outlines to the outside world how you will work through this crisis. And more importantly ensure that this will not happen again in the future.

It’s important to reaffirm your brand’s commitment to your customer and the beliefs and values your work is based on.

While rectifying the situation begins at accepting responsibility for the crisis, you should be looking at moving the conversation forward into a positive sphere at the same time.

Stories can gain traction and snowball quite quickly, so it is important to grab the reins early and influence the direction of the story. Something you can do is use social media to provide up-to-date and real time information to your audience.

The social media experts at Search It Local provide an insight into the power of social media in 2019, explaining, “social media allows you to humanise your brand in a time when you may be suffering from ‘corporate backlash’. Use the two-way channels of communication to provide answers, offer solutions, and solve problems. As speed is of the essence, social media is the single quickest way to accept responsibility, own your mistakes and start working towards a solution.”

Following a PR crisis, your reputation will require rebuilding and your customers will need to regain your trust. Thoughtfully plan out your strategy moving forward, ensuring you convey positive aspects of the brand such as your accreditations, longevity, financial stability and/or the positive feedback your brand has acquired in the past in the messages that you put out to the public.

Stressing the values of your brand and reminding your customers of the quality and positive experiences they have previously experienced is vital to keep the post-crisis conversation as positive as possible.

It is vital that the public recognise your brand has taken strides to change following an incident and that this has been demonstrated in a material way. Remember, actions speak louder than words. The public will be upfront with their feedback. What are you going to do to express your remorse and indicate your willingness to change, in a tangible way?

Have you explained to the public what measures you have put in place to ensure this does not happen again? Are they going to be able to see the changes that you are making?

Reinstating trust is not only vital for your existing customers, but for future customers too, who may only be aware of your brand in relation to the coverage of this particular crisis.

Hopefully the crisis that has occurred is a one-time issue — however it is important to have a plan that outlines how you will go about dealing with a future crisis.

While you’ve made steps to rectify the problem in the short term, it’s now necessary to assess what is needed to retain your reputation long-term.

What steps can you put in place to ensure that this won’t happen again? Can internal processes be amended to help ensure this? How can you deal with things better next time?

Spend time and energy investing in your brand and the positive future that you want for it.

There are many agencies out there that specialise in crisis management. In fact, PR agencies have grown by 30% year on year for the past 5 years. It may be a good investment to build a relationship with one and develop a crisis management plan. If something goes awry in the future, they can step in and help you navigate the situation – without you accidentally putting your foot in your mouth.

Leave it to British supermarket chain Tesco to show what can happen when the response to a PR problem is just as bad as the original problem.

After coming under fire for selling beef that was contaminated with horse meat, Tesco tweeted out the following automated message that did nothing to make people forget about the issue of horse meat.

Don’t Let a PR Crisis Knock You Down

While things may seem bad initially, it is important to remember that you are not the only brand that has suffered a crisis.

Use this incident as an opportunity to grow and learn. Setbacks can be turned into stepping stones as something that will make the team behind your brand stronger in the long term.

We all make mistakes; using effective communication strategies and having secure measurements in place to ensure the mistake isn’t repeated will help win back the trust of the outside world in time.

A single success story doesn’t define your brand. It is the combination of many successes which build brand you.

In the same way, don’t let one crisis define you either.

Building A Beginner PR Stack With (Nearly) No Budget

Like every other form of marketing, PR has changed a lot in recent years. And, like every other form of marketing, various tools and processes have sprung up to tackle any new challenges presented. To help you implement a cost-effective and successful PR strategy, we have shared our PR stack that should help make your life as a PR a little easier.

Retaining a creative spark isn’t easy when you need to keep the ideas coming. And yet, you need consistency. It’s the only infallible way to rise above the digital noise. So next time you can’t think of anything new for your blog, try these 5 savvy strategies to get quick content ideas.